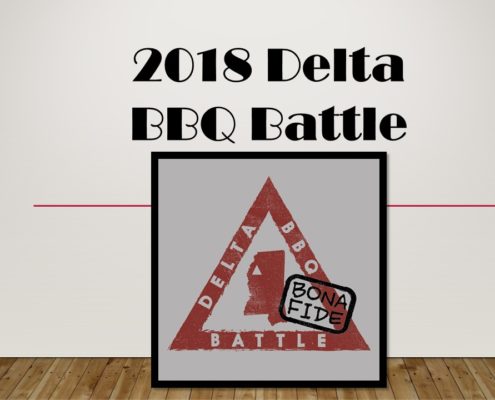 The Delta BBQ Battle will award $5,000 and PRO title belt to the Championship team and $1,500 and PATIO title belt to the Patio team with the highest cumulative score using the teams’ 3 highest scores from the 4 contests. Scores will be recorded from the preliminary judging rounds and then added together to determine the winners. In the event of a tie, MBN tie breaker rules will be applied to all 3 highest scores.

“The Mississippi Delta has a history of strong BBQ competition and the Delta BBQ Battle will showcase the best of the best teams throughout the Mid-South. We’ve expanded the event by adding Que on the Yazoo in May to give teams a greater opportunity to win big money.”

All team application information for each contest can be found on the Memphis Barbecue Network website www.mbnbbq.com.  For additional information contact Elise Jenkins at 662-719-1675 or jenkins2@tecinfo.com.